Reaching an altitude of 3200m, Val Thorens is famous for having the highest parties in the Alps. Both in the lively centre and on the pistes, you will find bars, pubs and restaurants teeming with guests having a drink and enjoying the music. Val Thorens après-ski is known for starting early and finishing pretty much when the sun comes up.

Arguably the most popular pub in Val Thorens, especially among the UK crowd, is the Frog and Roast Beef, the highest pub in Europe where you can enjoy a drink or two (or three) with other skiers from around the globe.

With a huge selection of popular bars both on- and off-piste, Val D’Isere is considered by many guests and Sunweb employees to be the best après-ski resort in the Alps. Due to the weather conditions, it has one of the longest snow sure seasons meaning the party continues right through until the latter weeks in April.

There are an almost endless supply of popular bars including The Morris Bar and Bar La Rosee, as well as the Dick’s Tea Bar nightclub that has become the popular spot for people from the UK.

Although at the higher end of the budget, Ischgl’s après-ski is worth every penny.

The most popular bar within Ischgl, and some consider the best in the Alps, is the traditional Trofana Alm. The Tyrolean décor, the oversized beers and the folk songs and dancing makes it almost impossible to not enjoy a night in this unique bar.

Livigno houses around 150 bars, more than any other ski resort in the world, making it one of the most popular après-ski destinations. One of the main attractions of Livigno is also the shopping as there is a duty-free zone with huge concessions on all items.

The décor and the ambience of the bars is eclectic, with many bars taking inspiration from Austrian culture with bigger beers and traditional Austrian folk songs including The Kuhstall. The Italian bars and the après-ski scene tends to be a little more relaxed, but this in no way takes away from the enjoyment that can be had in Livigno.

Alpe D’Huez offers guests an excellent après-ski with bars and parties until the early morning all on a reasonable and affordable budget.

The region is popular among Brits and you’ll often find them enjoying a few drinks in the popular bars such as O’Sharkeys, The Underground Bar and Smithy’s. 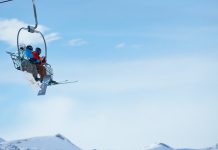 Top 10 French ski resorts you can drive to 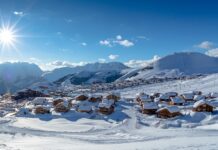 How to have a hassle free short ski holiday! 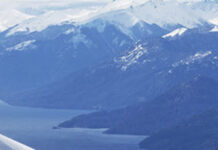 Ski Holidays for the Ultimate Thrill-Seeker