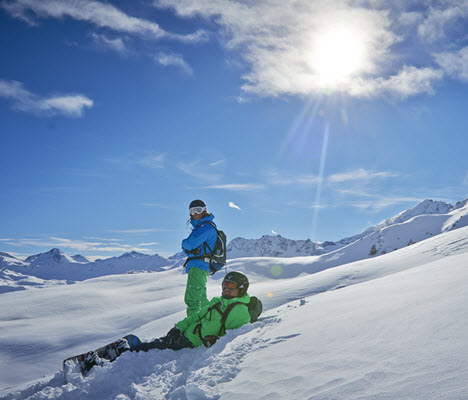 Spring-skiing, for myself and for many, is not a term that creates much excitement. The idea of heading to the Alps when the temperature is slowly edging above zero on the slopes doesn’t seem like an inspiring thing to do. However, in April 2017 I was given the opportunity to experience spring-skiing for the first time in the charming Val d’Isère.

Arriving in the Alps | Spring skiing

As the plane descended, the pilot announced that it was around 16 degrees in the Alps – not a great start. Sure enough, when we arrived at our hotel our coats were thrown onto our beds and out came the sunglasses. It was almost 20 degrees! Now that’s the definition of a warm welcome.

Even before checking the snow conditions, it was clear to see benefits of skiing so late in the season. The sky was the clearest of blues, the village was quiet and peaceful, and the slopes were untouched. There were no queues at the ski lifts, no fighting for a table on the terrace, and the staff in the restaurant were taking the time to have a genuine conversation. All of the guests with us seemed far more relaxed and this made getting into holiday mode very easy.

Initially I wasn’t expecting much good news regarding the snow conditions. Snowfall had been average throughout the season and, considering it was already mid-April, how much snow would be left? Well, it turned out to be a lot.

Val d’Isère has a high altitude reaching 3450m in some areas, which makes actually skiing in spring more than possible. Of course, at 4 o’clock in the afternoon I don’t recommend heading down the valley on a snowboard, but if you keep your altitude high then the slopes are remarkably snowy.

Having to the leave the slopes a bit earlier in the afternoon certainly wasn’t a punishment in Val d’Isère, there is so much to do on a sunny afternoon. The chalet village is gorgeous, so laying back and relaxing on the terrace or simply walking around the village was already a delight. For those, like myself, who wanted to do something more challenging there were heaps of exciting activities, including my personal favourite, one word – paragliding. Hands down, the most terrifyingly exhilarating thing I have ever done. Slicing through the sky soaring high above the snow-covered peaks, the view was incredible.

In short, I had no regrets about going spring-skiing in the French Alps. With this year’s snowfall already surpassing last year’s by double, you can be sure that heading out this spring will not disappoint.

Check our  top 5 ski resorts for beginners for inspiration on where to go as a first time skier! 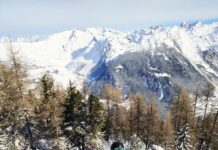 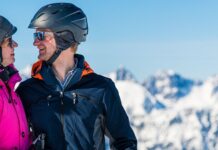